The Board of Directors of Verallia (Paris:VRLA) met today, under the chairmanship of Mr Michel Giannuzzi.

The Board recognized Mr Michel Giannuzzi wish to see evolve his responsibilities within the Group next year after approximately five years at the head of Verallia as both Chairman and Chief Executive Officer. Following the recommendations of the Nomination and Compensation Committee, chaired by Mrs Cécile Tandeau de Marsac, the Board decided accordingly upon a new governance structure and the future appointment of a new Chief Executive Officer, carefully chosen through a rigorous selection process which involved interviews and assessments of several internal and external candidates.

Mr. Patrice Lucas will join Verallia as of February 1, 2022, as Deputy Chief Executive Officer. As Chairman, Mr Michel Giannuzzi will provide the Board and Mr Patrice Lucas with the benefit of his knowledge of Verallia strategic issues and his recognized experience in the industry, particularly in glass containers, as well as his experience in governance matters.

Mr. João Moreira Salles, member of the Nomination and Compensation Committee and representative of BW Gestão de Investimentos LTDA, commented: "As a representative of the largest shareholder and long-term investor in Verallia, we have heard Michel Giannuzzi desire to change his role within the Group. In almost five years, Michel Giannuzzi will have transformed the Company into a recognized leader in its sector. Verallia is a solid and successful Group with an ambitious ESG roadmap. We are convinced that this new governance will benefit all stakeholders by allowing Verallia to continue to capitalize on Michel Giannuzzi unique experience and by welcoming Patrice Lucas as a CEO who will live up to the Board ambitions for the future of the firm. We are confident that the collaboration between the Chairman and the new CEO will prove extremely fruitful in the years to come.”

Mr Michel Giannuzzi, Chairman and CEO of the Group, stated: "These years as Chairman and CEO have been extremely exciting and intense. Verallia has an inspiring purpose, experienced teams and is very well positioned to continue its strategy of profitable growth, whilst accelerating its investments in sustainability. I look forward to continuing my commitment to the leadership of the Group and will confidently hand over the CEO responsibility to Patrice Lucas. With his strong industry and international experience, Patrice Lucas will unite and lead all Verallia teams to further success."

Mr Patrice Lucas, the future CEO of the Group, said: "I am delighted to join Verallia, one of the world leaders in its industry, to continue the profitable growth trajectory initiated by Michel Giannuzzi and to work daily with teams committed to constantly improving operational, financial and environmental performance. I am convinced that the Group has all the assets required to continue this strong momentum, which has been highly praised by all of its stakeholders."

Mr Patrice Lucas will join Verallia on February 1, 2022 after a 30-year career in the automotive sector. He first worked for Valeo in 1991 in various Quality functions before taking on further responsibilities within the Group, including the management of a production site in Mexico and later of an operational division in Europe. In 2006, he joined the PSA Peugeot Citroën Group as Senior Vice President in the engineering organization in charge of the vehicle interior developments, and then took over the management of the Group's Commercial Vehicle programs in 2010. In 2014, he became Executive Vice President and member of the Global Executive Committee in charge of PSA Corporate Planning, Programs and Strategy before taking over the management of the Latin America region in 2018. In 2021, he was appointed Deputy Chief Engineering Officer of the Stellantis Group. Patrice Lucas, 55, is a graduate of the Compiègne University of Technology (UTC) and ENSAM Paris.

About Verallia - At Verallia, our purpose is to re-imagine glass for a sustainable future. We want to redefine how glass is produced, reused and recycled, to make it the world’s most sustainable packaging material. We work in common cause with our customers, suppliers and other partners across the value chain to develop new healthy and sustainable solutions for all. With around 10,000 people and 32 glass production facilities in 11 countries, we are the leading European and the third largest producer globally of glass containers for food and beverages, providing innovative, customized and environmentally friendly solutions to more than 10,000 businesses around the world. Verallia produced more than 16 billion bottles and jars and achieved revenues of €2.5 billion in 2020. Verallia is listed on compartment A of the Euronext Paris stock exchange (Ticker: VRLA – ISIN: FR0013447729) and belongs to the SBF 120, CAC Mid 60, CAC Mid & Small et CAC All-Tradable indexes. For more information, visit www.verallia.com. 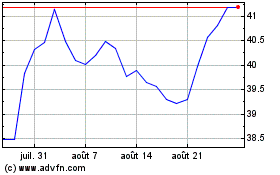 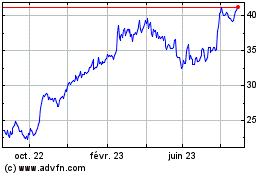 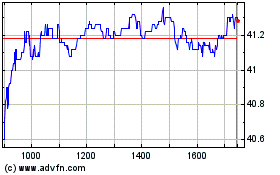