Mandalay Resources Corporation ("Mandalay" or the "Company") (TSX: MND, OTCQB: MNDJF) is pleased to provide an update on the eastern extension drilling programs at its Björkdal operation in Sweden.

Note: Further intercept details including significant intercepts within composite intervals can be found in Table 1 in the Appendix to this document.

“Following the success of the Main and Lake zone extension programs (press released June 29, 2021), Mandalay diverted focus to this high potential area. These recent drilling programs have supported the initial finding with some of the best grades seen at Björkdal. Predominantly, the intercepts are interpreted to be direct extensions of the Main and Central zone veining, however, the grades recovered from the Central Extension drilling show a distinct upgrading down plunge.

“The increasing grades within the extensions of the Björkdal deposit at depth to the east mark a significant development in the multifaceted efforts to lift ore grades produced from the mine and will be a major focus of our production in the years to come. The Main, Lake and Central zones are all open to the north-east and those drilling results are showing higher grades the deeper and further to the east we drill. This is very exciting, and this drilling will continue to be one the primary exploration focuses over the course of 2022.

“As a result of these excellent results, a mining concession application has already been submitted to the relevant authorities in order to extend the mining license holdings to cover this eastward extension of veining.

“Lastly, a video has been prepared by Chris Davis, Vice President of Operational Geology and Exploration, to further explain the information in this release. The video can be found on Mandalay’s website or by clicking here.”

Continued Success Along the Eastern Extension

Since the success of the Lake and Main Zone extension projects, Mandalay has drilled a further 17 holes and 7,253 m into the eastern extension of the Björkdal veining in three programs. These are the Central Zone Extension, Central Zone Conversion and Central to Lake Zone Link drilling programs (See Figure 1). Currently, these results have been connected to the continuation of 21 existing veins and 16 new veins have been discovered. Significant grade also sits outside of currently modelled veining and it is expected that additional drilling will improve confidence in structural connections leading to further vein definition. So far, and to varying degrees, the veining has been extended up to 350 m from current workings.

Figure 1. Perspective view of the Björkdal Mine looking towards the SSW highlighting the interaction of the veining (Red), Marble (Blue) and Björkdal fault (Yellow). Drilling of the latest Central Zone extension programs is also shown:https://www.globenewswire.com/NewsRoom/AttachmentNg/033c507a-eab3-4f41-b42a-1f8245e8806c

Central Zone abuts the northern boundary of Main Zone. Historically, the Central Zone delivered comparatively lower gold grades, however, the Main Zone extension drilling campaign undertaken in early 2021 produced significant grades along veining interpreted to be part of the Central Zone. These results, along with further advancement in the understanding of the mineral system (see below), led to the Central Zone Extension and subsequent Central Zone Infill programs undertaken during the second half of 2021.

Figure 3. Plan section of the Central Zone Infill drilling with the Central Zone Extension Testing drilling shown faded. Intercepts above 0.5 g/t Au when diluted to 1 m are denoted by dots. Drillholes are annotated with composites over 2 g/t when diluted to 1 m:https://www.globenewswire.com/NewsRoom/AttachmentNg/df5be68f-6e21-4b60-97da-1c73b3287348

Visible gold is common within the quartz veining of the project area and is generally accompanied by significant gold grades when assayed. The below images (Figures 4, 5, and 6) are of the three highest grade results in the drilling thus far.

Understanding the Upgrading Potential of the Eastward Extension

Conversely to the east of Björkdal the marble horizon is interpreted to be undisrupted by the Björkdal Fault which persists below the marble. In this setting the concentration zone sits below the marble and is enhanced by the relative low permeability of the marble. It follows that this environment of trapped gold rich fluids is conducive to production of larger gold grains as evidenced by the presence of numerous and significant gold sightings and accompanying grades.

Figure 8. East-West cross-section of area showing the divergence of Marble and Björkdal Shear:https://www.globenewswire.com/NewsRoom/AttachmentNg/3bc239ff-ed3b-48c0-8abd-a298744371af

Drilling and development of this exciting area will be ongoing though 2022 however, with enhanced exploration budgeting, this target will no longer detain resources from the other significant projects targeting north of Aurora, Skarn horizons and multiple strong regional prospects.

At Björkdal, all diamond drill core was logged and sampled by Björkdal geologists. Exploration drill hole samples were sent to CRS Laboratories Oy (“CRS”) in Kempele, Finland for sample preparation and assaying.

Mandalay Resources is a Canadian-based natural resource company with producing assets in Australia (Costerfield gold-antimony mine) and Sweden (Björkdal gold mine), with projects in Chile and Canada under closure or development status. The Company is focused on growing its production and reducing costs to generate significant positive cashflow. Mandalay is committed to operating safely and in an environmentally responsible manner, while developing a high level of community and employee engagement.

Mandalay’s mission is to create shareholder value through the profitable operation and continuing the regional exploration program, at both its Costerfield and Björkdal mines. Currently, the Company’s main objective is to continue mining the high-grade Youle vein at Costerfield, bring online the deeper Shepherd veins, both of which will continue to supply high-grade ore to the processing plant, and to extend Youle Mineral Reserves. At Björkdal, the Company will aim to increase production from the Aurora zone and other higher-grade areas in the coming years, in order to maximize profit margins from the mine. 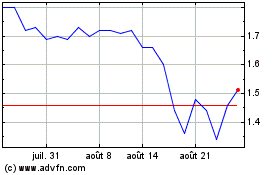 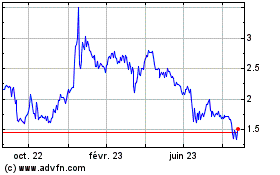 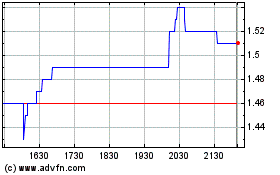