Descartes Systems Group (Nasdaq: DSGX) (TSX:DSG), the global leader in uniting logistics-intensive businesses in commerce, announced the voting results from its annual meeting of shareholders held on Thursday, June 16, 2022 (the “Meeting”) and the appointment of certain officers.

Meeting ResultsThe following matters, as set out in more detail in its Management Information Circular dated April 29, 2022, were considered and voted on by shareholders at the Meeting:

Sandra Hanington joins as a new director of the Corporation after having most recently served as the President & Chief Executive Officer of the Royal Canadian Mint, a $1.4 billion global manufacturing and marketing business. Prior to that, Ms. Hanington served in a number of progressively senior roles in the financial services industry in Canada and the U.S., culminating as Executive Vice-President and member of the Management Committee of BMO Financial Group. Ms. Hanington currently serves as a director for Extendicare Inc. (TSX:EXE), which provides care to seniors across Canada in long-term care homes, retirement homes or through quality home care; as a director of Aimia Inc. (TSX:AIM), an investment holding company; and is a member of the Governing Council of the University of Toronto. Ms. Hanington previously served on the boards of Canada Mortgage and Housing Corporation and Symcor, Inc.

Kelley Irwin also joins as a new director of the Corporation. Ms, Irwin currently serves as the Chief Information Officer of the Electrical Safety Authority (ESA) for the Province of Ontario. Prior to her role with the ESA, Ms. Irwin has led several global technology teams, holding executive information technology roles at Sun Life Financial, TD Bank, Economical Insurance and Sonnet Insurance. Ms. Irwin is a cyber advocate and is active in public forums on cyber security. Ms. Irwin currently serves as a director on the board of Pro-Demnity, a professional liability insurer to architectural practices in the Province of Ontario.

Appointment of AuditorsOn a vote by ballot, KPMG LLP, Chartered Professional Accountants and Licensed Public Accountants, were appointed as the auditors of the Corporation until the close of the next annual meeting of shareholders or until their successors are appointed.

Say-On-PayOn a vote by ballot, the “Say-On-Pay” resolution proposed by management of the Corporation was approved.

Reappointment of Chair, CEO and CEO’s Direct ReportsThe board of directors confirmed the reappointment of Eric Demirian as the non-executive independent Chair of the Corporation.

The board of directors also confirmed the reappointment of executive officers of the Corporation. The Corporation’s management will continue to be led by Edward Ryan as Chief Executive Officer, reporting to the board of directors. J. Scott Pagan, President and Chief Operating Officer, and Allan Brett, Chief Financial Officer, will continue in their roles, reporting directly to Mr. Ryan.

Mr. Roszko first joined Descartes as part of its acquisition of the business of CubeRoute in November 2006, where he was a founder and held both engineering and operational leadership roles. Since then, he has held progressively increasing senior sales leadership roles at Descartes. He was appointed Executive Vice President, Global Sales, in 2019 and them promoted to Executive Vice President, Commercial Operations, in 2021.

In his role as Chief Commercial Officer, Mr. Roszko will oversee the Corporation’s global go-to-market activities, including sales, marketing, customer success and other commercial operations, as well as the Corporation’s solution pillar general management organization. In addition, Mr. Roszko will continue to play a key role with the rest of the leadership team in identifying and executing on potential acquisition opportunities to grow Descartes’ commercial and solution portfolio for the benefit of Descartes’ customers and broader stakeholders.

“We’re excited for Andrew to take on this new role and help us continue to grow our business,” said Edward Ryan, Descartes’ CEO. “Andrew’s commercial acumen and operational knowledge makes him a valued contributor to our experienced leadership team.”

Reappointment of Additional OfficersThe board of directors also confirmed the reappointment of the following officers, reporting to the President and Chief Operating Officer:

Descartes (Nasdaq:DSGX) (TSX:DSG) is the global leader in providing on-demand, software-as-a-service solutions focused on improving the productivity, performance and security of logistics-intensive businesses. Customers use our modular, software-as-a-service solutions to route, schedule, track and measure delivery resources; plan, allocate and execute shipments; rate, audit and pay transportation invoices; access global trade data; file customs and security documents for imports and exports; and complete numerous other logistics processes by participating in the world's largest, collaborative multimodal logistics community. Our headquarters are in Waterloo, Ontario, Canada and we have offices and partners around the world. Learn more at www.descartes.com, and connect with us on LinkedIn and Twitter. 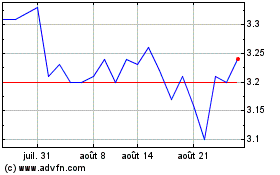 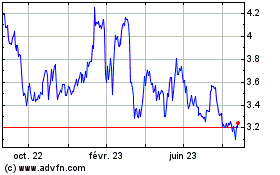 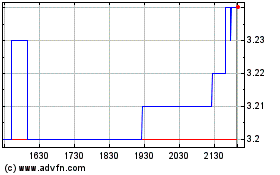