OF THE SECURITIES EXCHANGE ACT OF 1934

On November 14, 2022, Sabine Pass Liquefaction, LLC, a Delaware limited liability company (the “Company”), and a wholly owned subsidiary of Cheniere Energy Partners, L.P. (the “Partnership”), entered into a Purchase Agreement (the “Purchase Agreement”) with Goldman Sachs & Co. LLC, as representative of the initial purchasers named therein (the “Initial Purchasers”), to issue and sell to the Initial Purchasers $430,000,000 aggregate principal amount of its 5.900% Senior Secured Amortizing Notes due 2037 (the “Notes”). The Notes were issued at a price equal to 99.856% of par. The Purchase Agreement contains customary representations, warranties and agreements by the Company and customary conditions to closing and indemnification obligations of the Company and the Initial Purchasers. The foregoing description of the Purchase Agreement is not complete and is qualified in its entirety by reference to the full text of the Purchase Agreement, which is filed as Exhibit 1.1 hereto and is incorporated by reference herein.

Certain Initial Purchasers and their affiliates have provided from time to time, and may provide in the future, certain investment and commercial banking and financial advisory services to the Company, the Partnership and Cheniere Energy, Inc. in the ordinary course of business, for which they have received and may continue to receive customary fees and commissions.

On November 14, 2022, the Partnership issued a press release announcing that the Company intended to offer, subject to market and other conditions, the Notes. A copy of the press release is attached as Exhibit 99.1 to this report and incorporated herein by reference.

On November 14, 2022, the Partnership issued a press release announcing that the Company priced its previously announced offering of Notes. A copy of the press release is attached as Exhibit 99.2 to this report and incorporated herein by reference.

The Company issued an irrevocable notice of redemption on November 14, 2022 for $500 million in aggregate principal amount outstanding of the Company’s 5.625% Senior Secured Notes due 2023 (the “2023 SPL Notes”) in accordance with the terms of the indenture governing the 2023 SPL Notes, which provides for a redemption price equal to the greater of (1) 100% of the principal amount of such 2023 SPL Notes and (2) the sum of the present values of the remaining scheduled payments of principal and interest on such 2023 SPL Notes from the redemption date to January 15, 2023 (not including any portion of such payments of interest accrued as of the redemption date) discounted back to the redemption date on a semi-annual basis (assuming a 360-day year consisting of twelve 30-day months) at the Treasury Rate (as such term is defined in the Indenture) plus 50 basis points. The Company intends to fund the redemption with the proceeds from the sale of the Notes and cash on hand.

The information contained in this Item 7.01 of this Current Report on Form 8-K is being furnished and shall not be deemed “filed” for purposes of Section 18 of the Securities Exchange Act of 1934, as amended (the “Exchange Act”), or otherwise subject to the liabilities of that Section, nor shall such information be deemed incorporated by reference in any filing under the Securities Act of 1933, as amended, or the Exchange Act, except as expressly set forth by specific reference in such filing. 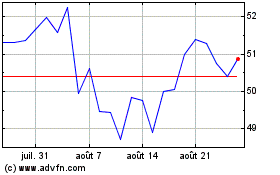 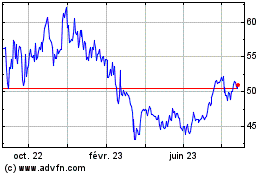 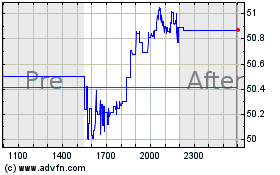