0,1431
-0,0074 (-4,92%)
Temps Réel
Marché Ouvert
0,1431
Crypto.com (CRO) Restricts Withdrawals For All Users After Succumbing To Hack
17 Janvier 2022 - 06:00PM
NEWSBTC
Crypto.com has fallen victim to a hack. The crypto exchange announced this in the early hours of Monday after users complained of suspicious activity on their accounts. It is the first centralized exchange to succumb to a hack for the year 2022 coming out of the year 2021 which was riddled with numerous hacks that saw exchanges and users alike lose billions. Crypto.com (CRO) Gets Hacked Users of the Crypto.com exchange began experiencing issues with their accounts. Subsequently, these users realized that their accounts had been hacked and they were missing cryptocurrencies from their balances. In some cases, the hacker had made off with all of the funds in the accounts. Related Reading | Highlighting Risk: These Crypto Coins Carry The Most Leverage Crypto.com took to Twitter to address these issues. In response to reports of the hack, the crypto exchange had promptly announced that it was restricting withdrawals for all users on the platform while assuring the community that all of their funds were safe. We have a small number of users reporting suspicious activity on their accounts. We will be pausing withdrawals shortly, as our team is investigating. All funds are safe. — Crypto.com (@cryptocom) January 17, 2022 The tweet noted that only a small number of users had been affected by the hack. However, users of the platform rolled out en masse to say that this was not so. The number of complaints regarding funds being lost by users in the hack had grown continuously on social media. Most had had a significant amount of crypto stolen and called for the exchange to do something about the attack. Applying Caution Going Forward Following news of the hack, Crypto.com had promptly restricted all withdrawals on its platform. Users were unable to carry out any withdrawals and those with pending withdrawals could not complete their transactions. This was done in an effort to prevent the hacker(s) from being able to perform any more withdrawals from the accounts of the affected users. Related Reading | Crypto Market Is Still In The Early Stages, Says Ric Edelman The attack is speculated to have occurred after the attackers found a way to bypass the 2FA security measures on the exchange. This has prompted Crypto.com to alert users to reset their 2FA information, as well as having to log back into the platform to regain access to their accounts. 1/2Earlier today a small number of users experienced unauthorized activity in their accounts. All funds are safe. In an abundance of caution, security on all accounts is being enhanced, requiring users to: -Sign back into their App & Exchange accounts-Reset their 2FA — Crypto.com (@cryptocom) January 17, 2022 The crypto exchange announced that this update will be rolled out gradually to users. Upon completion, withdrawals will then be enabled and users will be able to send their funds out of the exchange. “We understand this may be an inconvenience, but security comes first,” the exchange said. CRO price falls following hack | Source: CROUSD on TradingView.com Chart from TradingView.com
Cronos Coin (COIN:CROUSD)
Graphique Historique de l'Action
De Juil 2022 à Août 2022 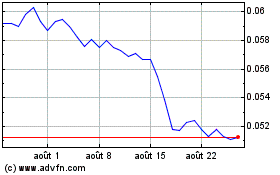 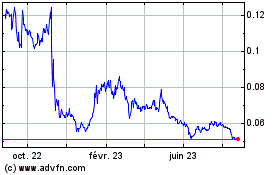 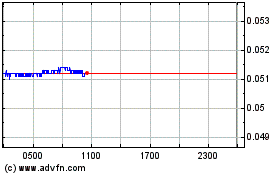