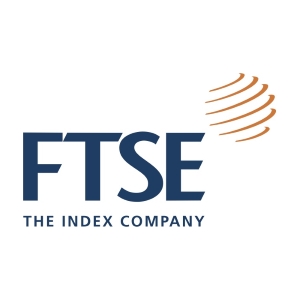 Shares may post mild gains at the open after U.S. indexes ticked higher overnight, as traders turn to upcoming inflation data in the U.S. In Asia, stock benchmarks, oil and gold advanced; Treasury yields were mixed, while the greenback weakened.

Stock futures point to slight gains in Europe at Friday's open after the S&P 500 snapped a five-session losing streak overnight.

Investors were encouraged by weekly U.S. jobs data Thursday showing the number of continuing jobless-benefit claims rose to the highest level since February, which was interpreted as reducing some of the pressure on the Federal Reserve to continue to raise interest rates, said Richard Farr, chief market strategist at Merion Capital Group.

"The small increase in unemployment claims may be viewed by some as a reason to reduce recession odds," Farr said.

Some economists suggest that it is too early to interpret higher jobless claims as a signal of a loosening labor market because seasonal issues could make it difficult to assess.

"Weak hiring during the holidays and weak incentives for workers to begin a new job around the holidays help push continuing claims higher from Thanksgiving through to New Year's," wrote Isfar Munir, U.S. economist at Citi, in a Thursday note. "While continuing claims have been rising for a few weeks now, the usual seasonal pattern prevent us from drawing any clear conclusions from the jobless claims data."

Even with Thursday's gains, investors are focused on coming inflation reports-producer prices on Friday and consumer prices on Tuesday-and next week's Fed meeting, said Louis Navellier, founder of Navellier & Associates. The expectation is for tame inflation reports and a dovish Fed statement. "We're just treading water, waiting to get all the good news," he said.

Read: Financial markets are flashing a warning that a recession is imminent: here's what it means for stocks

He added that "a gradually cooling jobs market offers insight into more far-reaching impacts on the economy."

If upcoming consumer-price index and producer-price index readings show moderating inflation, "there's a case to be made that inflation truly has peaked," he said.

The dollar and Treasury yields have risen this year as the Fed raised rates to fight inflation, and have often fallen this year when economic data suggested cooling inflation, which in turn could lead the Fed to slow the pace of rate increases.

Treasury yields were mixed in Asia after rising Thursday as investors turned their attention to producer-price index data.

Some analysts attributed Thursday's rise in yields to profit-taking by bondholders ahead of the November PPI report.

With a relative dearth of major U.S. macroeconomic information on Thursday, investors continued to contemplate the prospect of a still too-strong U.S. economy and whether a soft landing is "anywhere near achievable," said SPI Asset Management.

Ahead of next week's FOMC meeting, "the market is increasingly sensitive to every data point" and "tomorrow's PPI report is a potential game changer," said Stifel, Nicolaus & Co. Chief Economist Lindsey Piegza. The report "could undermine the Fed's plans for a pivot to a less aggressive policy" if producer price pressures fail to retreat.

Crude oil prices rebounded in Asia amid a mixed outlook after declining overnight.

While optimism for China's eventual reopening is helping to support prices, oil is unlikely to move sharply higher due to looming fears of slowing global economic growth, said IG.

Reactions to the Russian oil price cap and the closure of the Keystone oil have been largely muted or short-lived, IG added.

The price of the precious metal is likely to remain around the $1,800/oz level ahead of the release of inflation expectations by the University of Michigan, said Oanda.

Investors are also likely watching for any further comment from the FOMC on when interest rates are expected to peak, Oanda added.

Copper prices advanced, sustaining a strong rally amid broad gains in base metals over recent weeks on the back of China reopening hopes and optimism for economic recovery.

ANZ pointed to a host of positive signals for copper demand, including the continued relaxation of pandemic curbs by Beijing and signs of stabilization in the country's real estate sector, which is a key source of copper demand.

Meanwhile, Morgan Stanley highlighted aluminum, iron ore and metallurgical coal as their top commodities picks in the China reopening trade, and said it remains positive on gold, too.

Morgan Stanley cited tight supply, hydropower shortage and a demand pickup in China as reasons to bet on aluminum. For iron ore, the bank expects seasonally tight 1H supply and a backlog of infrastructure projects. Metallurgical coal is likely to get support from strong thermal-coal prices, as well as modestly improving demand outside China.

Galaxy Futures said buying interest will remain elevated as investors seek to position for an expected demand bounce next year amid China's reopening from the pandemic and stabilizing property-construction activity.

Banks Should Be Wary of Crypto, Top U.S. Regulator Says

Banks should take a cautious approach to digital asset markets, including discussing any new plans with regulators, a top U.S. banking authority said, pointing to ongoing turmoil among crypto firms.

Crypto industry risk management lacks maturity, and some industry practices mean trouble in one firm could spill over to others, the Office of the Comptroller of the Currency said Thursday.

WASHINGTON-The Securities and Exchange Commission is asking public companies to detail their exposure to distressed crypto entities following the collapse of trading platform FTX and its affiliates.

In a notice posted to its website Thursday, the SEC said companies may have disclosure obligations related to the direct or indirect impact that recent crypto bankruptcies may have had on their businesses. It provided a list of sample questions that agency staff may pose to certain issuers based on their circumstances.

WASHINGTON-A top Senate Democrat said that his party planned to introduce an omnibus spending bill Monday, aiming to pressure Republicans to accept a deal or risk an alternative that would freeze government spending at current levels for the full year and cut off the ability to reallocate money in military and other programs.

Senate Appropriations Committee Chairman Patrick Leahy (D., Vt.) said that the measure would provide military funding at the level Congress is authorizing in its separate defense policy bill-some $858 billion, or roughly a 10% increase-while also paying for what he called a needed increase to nondefense programs.

WASHINGTON-The U.S. is set to levy fresh sanctions against Russia and China on Friday, actions that include targeting Russia's deployment of Iranian drones in Ukraine, alleged human-rights abuse by both nations and Beijing's support of alleged illegal fishing in the Pacific, according to officials familiar with the matter.

The bulk of the expected sanctions are to be imposed under the Global Magnitsky Act, named after a whistleblower who died in a Moscow jail after accusing officials of corruption. The U.S., by using those powers to sanction high-profile government, military and business officials accused of human-rights abuses and corruption, says it aims to hold them accountable and deter others.

Credit Suisse Group AG said Thursday that it completed its latest rights offering and had put into action around 80% of the cost cuts it planned for 2023, as the bank maintains course through its painful strategic review.

The Swiss lender said that 98.2% of rights offered had been exercised, or around 873 million new shares, until the end of the rights period at midday Zurich time on Thursday.

The Biden administration on Thursday levied sanctions against several Turkish businessmen and more than two dozen Turkish companies that officials said were selling oil worth hundreds of millions of dollars for Iran's terror-listed military unit.

The action against Sitki Ayan and the firms the U.S. Treasury Department said he used to broker sales for the Islamic Revolutionary Guard Corps' Quds Force is a part of a broader effort to increase pressure on Tehran as talks over Iran's nuclear program flounder, according to analysts.

The Federal Trade Commission Thursday sued Microsoft Corp. to block its planned $75 billion acquisition of Activision Blizzard Inc., taking one of its biggest shots under the Biden administration at halting a merger of technology giants.

The lawsuit sets the stage for a court challenge over the deal as Microsoft agreed as part of negotiations with the "Call of Duty" publisher to defend the acquisition against a government lawsuit.

During the outage, publishers who use Google Ad Manager couldn't make their ad inventory available in exchanges for automated buying, according to publishers who use the technology. They also weren't able to load any ads that the publication had sold directly, the publishers said.

All times in GMT. Powered by Onclusive and Dow Jones.

Write to us at newsletters@dowjones.com

We offer an enhanced version of this briefing that is optimized for viewing on mobile devices and sent directly to your email inbox. If you would like to sign up, please go to https://newsplus.wsj.com/subscriptions.

This article is a text version of a Wall Street Journal newsletter published earlier today. 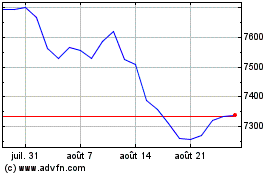 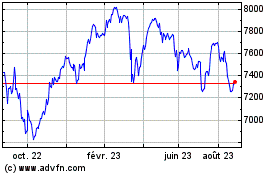 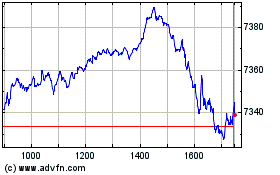