Altius Minerals Corporation (ALS:TSX) (ATUSF: OTCQX) (“Altius” or the “Corporation”) is pleased to update its Project Generation (“PG”) business activities and its public junior equities portfolio. The market value of equities in the portfolio at June 30, 2021 was approximately $64.5 million, compared to $54.2 million at March 31, 2021. The portfolio value includes receipt of 600,000 shares of Champion Iron Limited (CIA:TSX) that were distributed to secured debt holders as part of its acquisition of the Kami project through a receivership process, and also 7.14 million shares of TRU Precious Metals Corp. (TRU:TSXV) that were received as payment for the Golden Rose property during the quarter. The portfolio value does not include equity sales amounts of $1.9 million but does incorporate new investments made of $2.1 million during the quarter. An updated list of the public equity holdings has been posted to the Altius website at http://altiusminerals.com/projects/junior-equities.

Altius PG equity companies have raised more than $150 million from the beginning of 2020 to the end of Q1 2021. This pace continued in Q2, with an additional $68 million closed in the quarter, mainly by Surge Copper Corp. (SURG:TSXV) (“Surge”) ($14 million) and Uranium Royalty Corporation (URC:TSXV) ($37 million).

Adventus Mining Corporation (ADZN:TSXV) (“Adventus”) continued to report positive high grade infill drilling results from its copper and gold rich El Domo deposit located within the Curipamba project. A feasibility study for El Domo is expected to be completed in the fourth quarter of 2021. Adventus also recently commenced exploratory drilling on targets within the broader Curipamba project. In addition to its large equity holding in Adventus, Altius holds a 2% net smelter return (“NSR”) royalty covering the Curipamba project as well as royalties covering several additional exploration projects located in Ireland and Newfoundland that Adventus has either sold to or partnered with third party companies including South32 and Canstar Resources..

Orogen Royalties Inc. (OGN:TSVV) (“Orogen”) reported additional exploration project sales that included retained royalties as well as providing insight into First Majestic Silver Corporation’s continued advancement of the construction-stage Ermitaño gold-silver deposit in Mexico, on which Orogen holds a 2% NSR royalty. In addition to its equity stake in Orogen, Altius also owns a direct 1.5% NSR royalty related to the Orogen-generated Silicon project in Nevada, that is being advanced by AngloGold Ashanti. Orogen also holds a 1% NSR royalty on the Silicon project.

Surge Copper Corp. During the quarter Altius acquired 3,773,585 flow-through units in Surge at a price of 53 cents per unit for a total investment of $2 million. Surge is a copper exploration company with a current focus on resource definition and exploration of its Ootsa Cu-Au porphyry project, British Columbia.

During the quarter several precious metal projects organically generated and vended by Altius in Newfoundland for equity stakes and underlying project royalties in the past year saw the commencement of summer field programs and drilling campaigns that included:

- TRU Precious Metals Corp. on its Newfoundland projects including the Golden Rose project

During the quarter Altius executed an agreement to vend its Adeline copper project in Labrador to Chesterfield Resources (CHF:LSE) for 9.9% of the Company (10,089,199 shares) and 11,100,000 3-year warrants priced at 20p, as well as a 1.6% gross sales royalty covering the project. Altius anticipates receipt of the payment shares by the end of July. The value of these shares has not been included in the quarter end portfolio value.

Altius also executed a binding Letter of Intent with Churchill Resources Inc. (CRI:TSXV) on the sale of the Florence Lake nickel project for the staged issuance of approximately 8.3 million total shares of CRI and retention of a 1.6% gross sales royalty covering the project. Altius anticipates receipt of the payment shares in the third quarter, the value of which has also not been included in the quarter end portfolio value.

Lawrence Winter, Ph.D., P.Geo., Vice‐President of Exploration for Altius, a Qualified Person as defined by National Instrument 43-101 - Standards of Disclosure for Mineral Projects, is responsible for the scientific and technical data presented herein and has reviewed, prepared and approved this release.

Altius’s strategy is to create per share growth through a diversified portfolio of royalty assets that relate to long life, high margin operations. This strategy further provides shareholders with exposures that are well aligned with sustainability-related global growth trends including the electricity generation transition from fossil fuel to renewables, transportation electrification, reduced emissions from steelmaking and increasing agricultural yield requirements. These macro-trends each hold the potential to cause increased demand for many of Altius’s commodity exposures including copper, renewable based electricity, several key battery metals (lithium, nickel and cobalt), clean iron ore, and potash. In addition, Altius runs a successful Project Generation business that originates mineral projects for sale to developers in exchange for equity positions and royalties. Altius has 41,504,597 common shares issued and outstanding that are listed on Canada’s Toronto Stock Exchange. It is a member of both the S&P/TSX Small Cap and S&P/TSX Global Mining Indices. 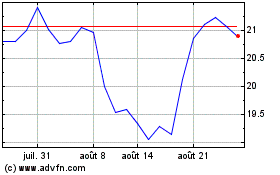 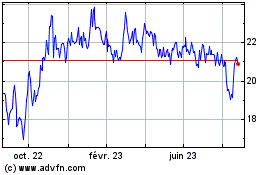 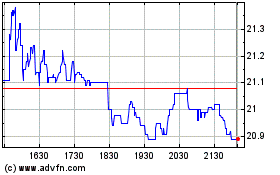