Standard Lithium is an innovative lithium company moving rapidly towards commercialization. The Company’s flagship project is located in southern Arkansas, where it is engaged in the design of its first commercial lithium project, intended to be constructed on 150,000 acres of existing permitted brine operations. The Company operates its first-of-a-kind industrial-scale Direct Lithium Extraction (DLE) demonstration plant at Lanxess’s south plant facility in southern Arkansas. The demonstration plant utilizes the Company’s DLE technology to selectively extract lithium from Lanxess’s tail brine. The demonstration plant is being used for definitive feasibility and commercial engineering design studies. The scalable, environmentally friendly process eliminates the use of evaporation ponds, reduces processing time from months to hours and greatly increases the effective recovery of lithium. The Company is also pursuing the development of over 30,000 acres of separate brine leases located in southwest Arkansas, referred to as the South West Arkansas Lithium Project, and approximately 45,000 acres of mineral leases located in the Mojave Desert in San Bernardino County, California.

Standard Lithium is jointly listed on the TSX Venture Exchange and the NYSE American under the trading symbol “SLI”; and on the Frankfurt Stock Exchange under the symbol “S5L”. Please visit the Company’s website at https://www.standardlithium.com.

This news release may contain certain “forward-looking statements” within the meaning of the United States Private Securities Litigation Reform Act of 1995 and applicable Canadian securities laws. When used in this news release, the words “anticipate”, “believe”, “estimate”, “expect”, “target”, “plan”, “forecast”, “may”, “schedule” and other similar words or expressions identify forward-looking statements or information. These forward-looking statements or information may relate to plans at the Lanxess South Facility and the South West Arkansas Project, the issuance of formal registrations of U.S. patents, future prices of commodities, accuracy of mineral or resource exploration activity, reserves or resources, regulatory or government requirements or approvals, the reliability of third party information, continued access to mineral properties or infrastructure, fluctuations in the market for lithium and its derivatives, changes in exploration costs and government regulation in Canada and the United States, and other factors or information. Such statements represent the Company’s current views with respect to future events and are necessarily based upon a number of assumptions and estimates that, while considered reasonable by the Company, are inherently subject to significant business, economic, competitive, political and social risks, contingencies and uncertainties. Many factors, both known and unknown, could cause results, performance or achievements to be materially different from the results, performance or achievements that are or may be expressed or implied by such forward-looking statements. The Company does not intend, and does not assume any obligation, to update these forward-looking statements or information to reflect changes in assumptions or changes in circumstances or any other events affecting such statements and information other than as required by applicable laws, rules and regulations. 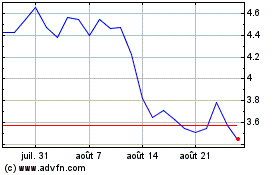 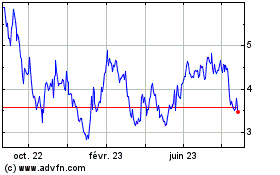 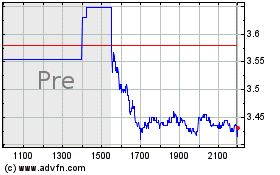